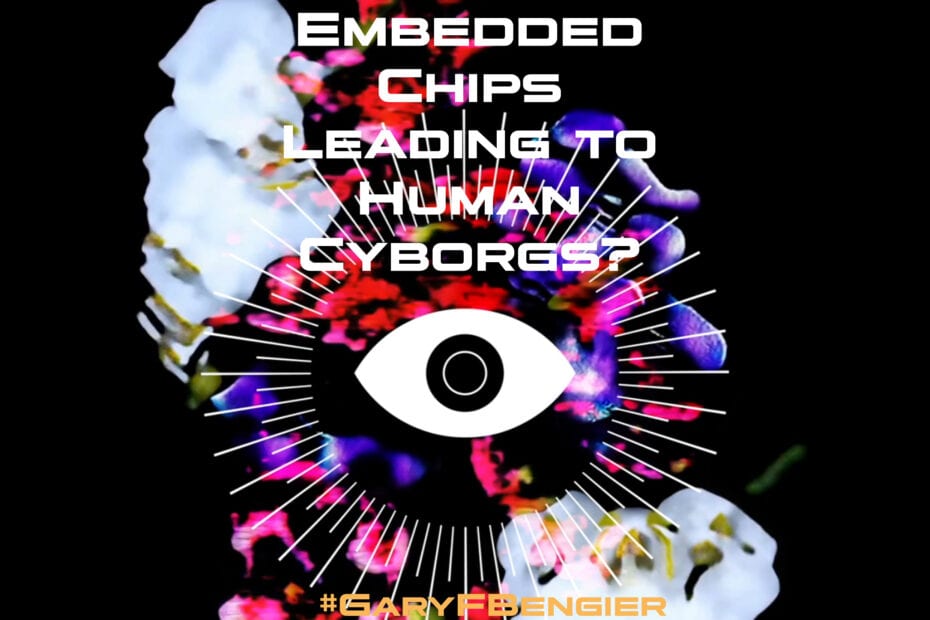 A mechanical voice from the NEST chip buried below his left temporal lobe and connected to his ear confirmed the deletion by saying, “Neural-to-External Systems Transmitter has lost connection to Personal Intelligent Digital Assistant, PIDA Raidne.”

From Unfettered Journey, taking place in the year 2161

The blog title above is a question, not a statement.

This week, Elon Musk hosted a demo of his neuralink technology. The company of the same name has developed an implantable chip, about the size of a coin, that can be fitted into the top of the skull and connected via tiny wires to read brain signals.  You can watch the demo video here. The focus of this still-early research is on medical uses—to address brain diseases such as memory loss, depression, addiction, and other neurological problems. The device hopes to read the electrical signals, to eventually allow computers to read and to write information back in a two-way channel, to connect our brains to computers.

The same day, a New York Times article by Velasquez-Manoff entitled “The Brain Implants that Could Change Humanity” highlighted other research at UC Berkeley about a mind-reading machine. There, Dr. Jack Gallant has trained an AI by using volunteers who watched movie clips while in fMRI machines. In the same way that a microphone is created by reversing the signal from a speaker, he reverse-engineered the system, and showed that the AI can recreate images by reading brain waves. While primitive, the research shows that, in principle, it may be possible to use AIs to read our thoughts.

The foreseeable step from both technologies might allow people to control computers merely by thinking.

Let’s address two questions: (1) how practical is it to imagine the actual development of such technology, and in what time? and (2) will such technology change who we are as humans?

To give some credible answer to the first question, we need to ask: What engineering impediments may stand in the way to continued progress? Computer chips continue to get smaller and faster, with more processing power packed into smaller footprints.  “Moore’s Law” has not yet ended. I think engineers will find the larger hurdles around the sensors to read brain waves, and to fit those into small packages that might fit in or around our heads. Today fMRI are small room-sized machines, and the physics of the required magnets mean they cannot be miniaturized, so alternative technologies would need to be found with equivalent sensitivity. Second, there are risks with implants, especially risk of infections. There must be practical ways to overcome such risks for devices meant to be worn throughout a lifetime, and we must imagine that the average person must find that tradeoff worthwhile. I’m not suggesting that Google Glass version 5.0 might not catch on, but that there are practical hurdles to overcome before any widespread adoption.

From an engineering perspective, there are many supporting technologies that need to be developed to engineer a system to create practical computer-human interfaces to do anything useful. Then some compelling advantages need be shown before such technology has widespread adoption. This part of the future will take longer to mature than many futurists wish. Will some such technology continue to evolve? Yes. Soon? I doubt it.

Changing Who We Are as Humans?

Now to the second question: will such technology fundamentally change who we are as humans?

When posed in such existential terms, the question sounds otherworldly and frightening. I think the reality will be more prosaic. Human culture has been changed in the last two decades by the omnipresent mobile phone. We carry in our hand a gateway to all human knowledge and can access any of it in seconds. We can access near-instantaneous images from around the world, to know what is going on in every culture. That information access has changed us.

Yet human ability to process that information remains essentially the same.  Our brains typically process information at about sixty bits per second. Let’s face it: human brains will be nowhere near the speed of our machines. A million years of evolution honed the human form to outrun the big cats, and to outsmart other creatures so humans could catch their dinner. All that “wetware” operates at biological speeds. Any interfaces to computers face the problem that the human brain end of that process only goes so fast.

My novel, Unfettered Journey, is a hard-science view of the future, looking ahead 141 years. That future imagines that people will use some brain-computer interface devices. But instead of “the Borg” in Star Trek, imagine instead a logical extension of the use of mobile phones, in a world where they are not in our hands but a chip in our heads; where we have some simplified interfaces (such as a corneal implant to see lookup results) that speed the process a bit versus today.

That future still leaves us fundamentally the same, humans with our same human problems.

I’d love your opinions and comments. Do you agree, or do you see the technology moving much faster, and changing who we are?

Be well and stay calm. Have a great week ahead!