A New Narrative of the Economy after COVID-19? 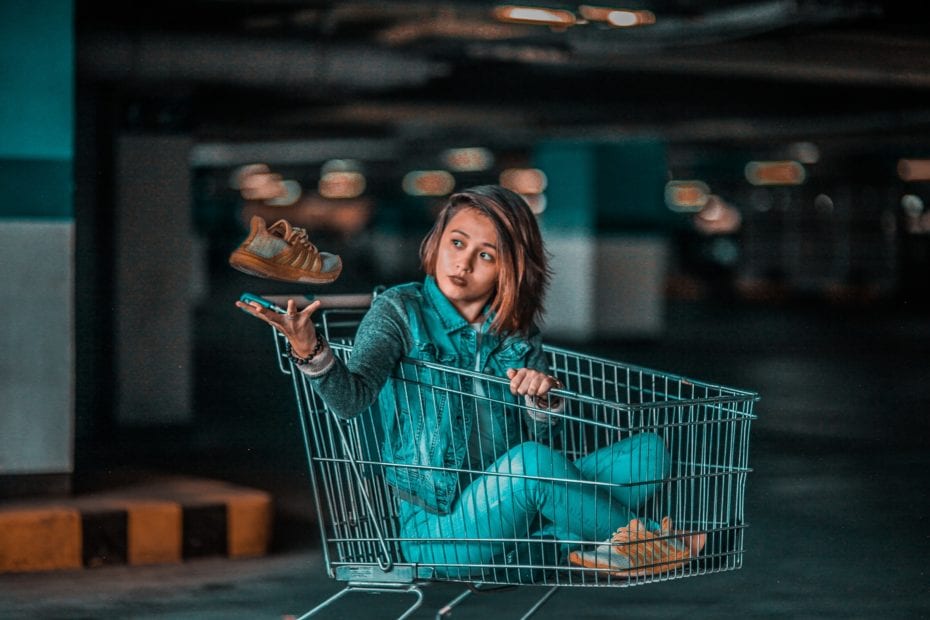 “I didn’t find it dismal,” she said. “It shows how the world works.”

I spend some time in my speculative fiction novel discussing the possible economic structure circa 2161, 141 years in the future. But COVID-19 has thrown the global economy into a spin, and it is hard to predict where it might end up. We need not wait so long to imagine an economic reality that is different, some new normal.

The economic impact of COVID-19 was the focus of an online seminar this week hosted by the Santa Fe Institute, a cross-disciplinary, independent research institute on whose board I am happy to serve. The presenters were Sam Bowles, professor emeritus at the University of Massachusetts, Amherst and a professor at SFI, and Wendy Carlin, professor of economics at University College London. They spoke about the coming battle for the COVID-19 narrative—how will the pandemic shape our views, and how might that influence policy?

This comic sums up how the economic narrative is shaped by paradigm-shifting events.

We ask ourselves: can we think about the economy in the same we did a year ago? And if not, what changes? What model do we use to explain how economies work?

To frame the conversation, professors Bowles and Carlin outlined three prior narratives, spanning modern economic thought (that is, since Adam Smith). Those three are (1) classic liberalism (which, for those unfamiliar with academic jargon in economics, does not sound very “liberal,” but rather capitalist in outlook), (2) Keynesian social democracy, and (3) neo-liberalism (that harks back to the earlier free-market ideas). I’ve included some handy tables below that summarize the main points of each view.

Classic liberalism, beginning with Adam Smith, took views such as this: “It is not from the benevolence of the butcher, the brewer, the baker that we expect our dinner, but from their regard to their own interest.” (Adam Smith)

Keynesian social democracy came to the fore because of the Great Depression, when the old economic framework failed to explain the new reality. The new focus included aggregate economic demand—the economy was a big engine, and when demand fell precipitously, the wheels seemed to fall off. But government was necessary to restart the economy; government spending was found to be good, and government saving not prudent (even as saving might be wise for individual families).

Neo-liberalism came to the fore in part as a result of the stagflation of the 1970s, it grew during the 1980s, and it asserts the need for less government, with the adage that “the government that governs least, governs best.” That is the economic approach still in vogue today, and it means free trade, low taxes, deregulation, privatization, and balanced budgets.

Now, with the shock of the COVID-19 pandemic, the old models do not seem to be a perfect explanation for the economy we find. Examples from around the world highlight people stepping up, offering help to their neighbors, and volunteering to assist in many ways to assuage the human suffering resulting from the virus.

Such altruism doesn’t show up in the economic models. It is difficult to model. It tends to be ignored. The main academic debate has been between two poles on a single axis—between government authority and free markets. That dichotomy is seen as an adversarial choice along one spectrum. Perhaps, professors Bowles and Carlin suggest, a third dimensional point need be added—something they label “civil society.” Adding this third point opens up space to include things we see today informing the description of the global economy. Perhaps the new model can and should include the assumption that people are not entirely self-interested. The new model might include the idea that human preferences do include altruism, reciprocity, and fairness.

As professor Bowles summarizes, “A paradigm is successful when there’s a story people can tell about how the values they hold are reflected in policies that make the economy—represented well by the model—work better.”

To offer up for debate, that perhaps a potential new paradigm that is developing as a result of the pandemic: We think in well-designed institutions, the “moral sentiments” and the “material interests” can be complementary to each other, rather than antagonistic to one another. It takes more than one axis to describe a more complex, and truer, economic model, one that includes human motivations reflecting the better angels of our natures. 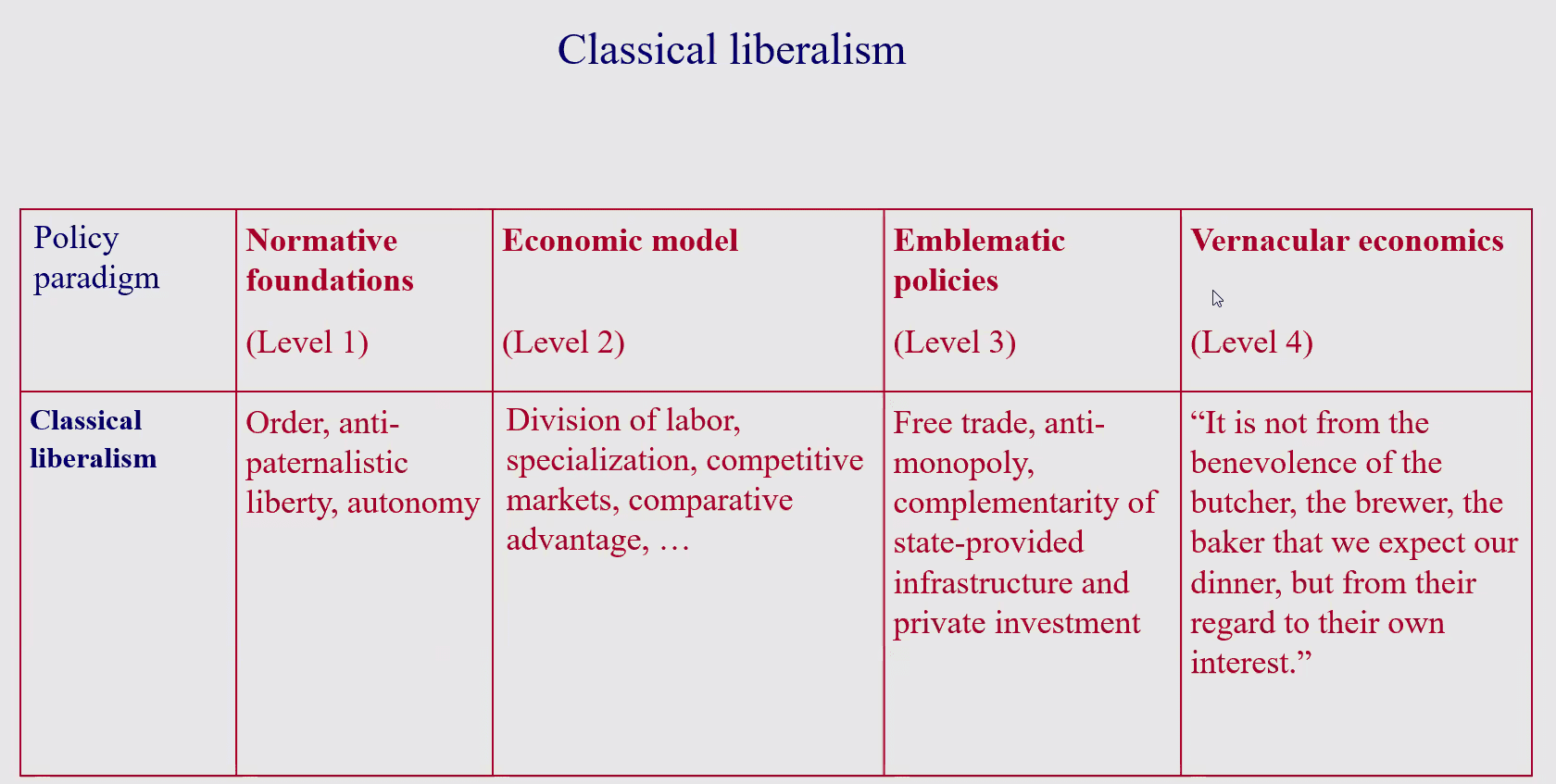 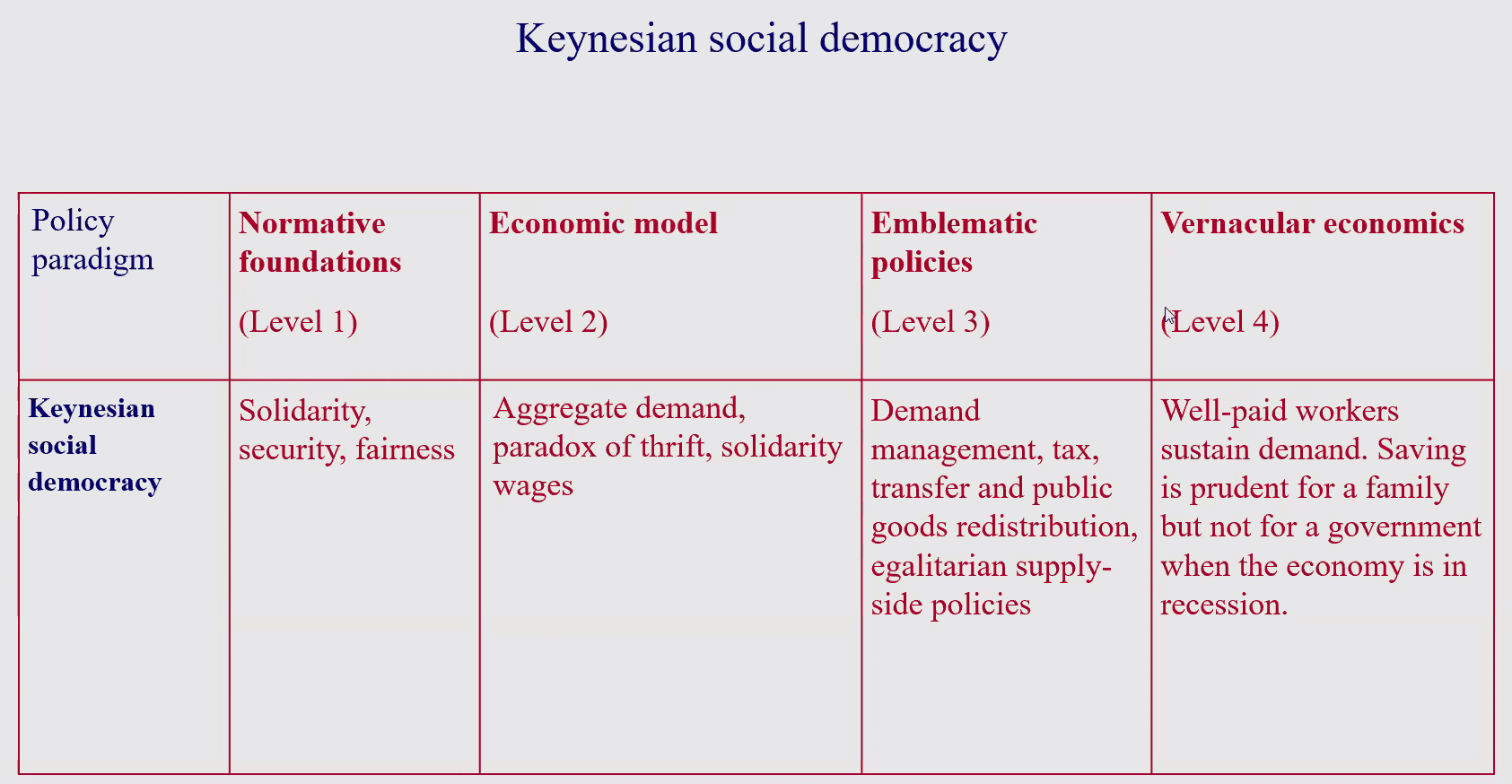 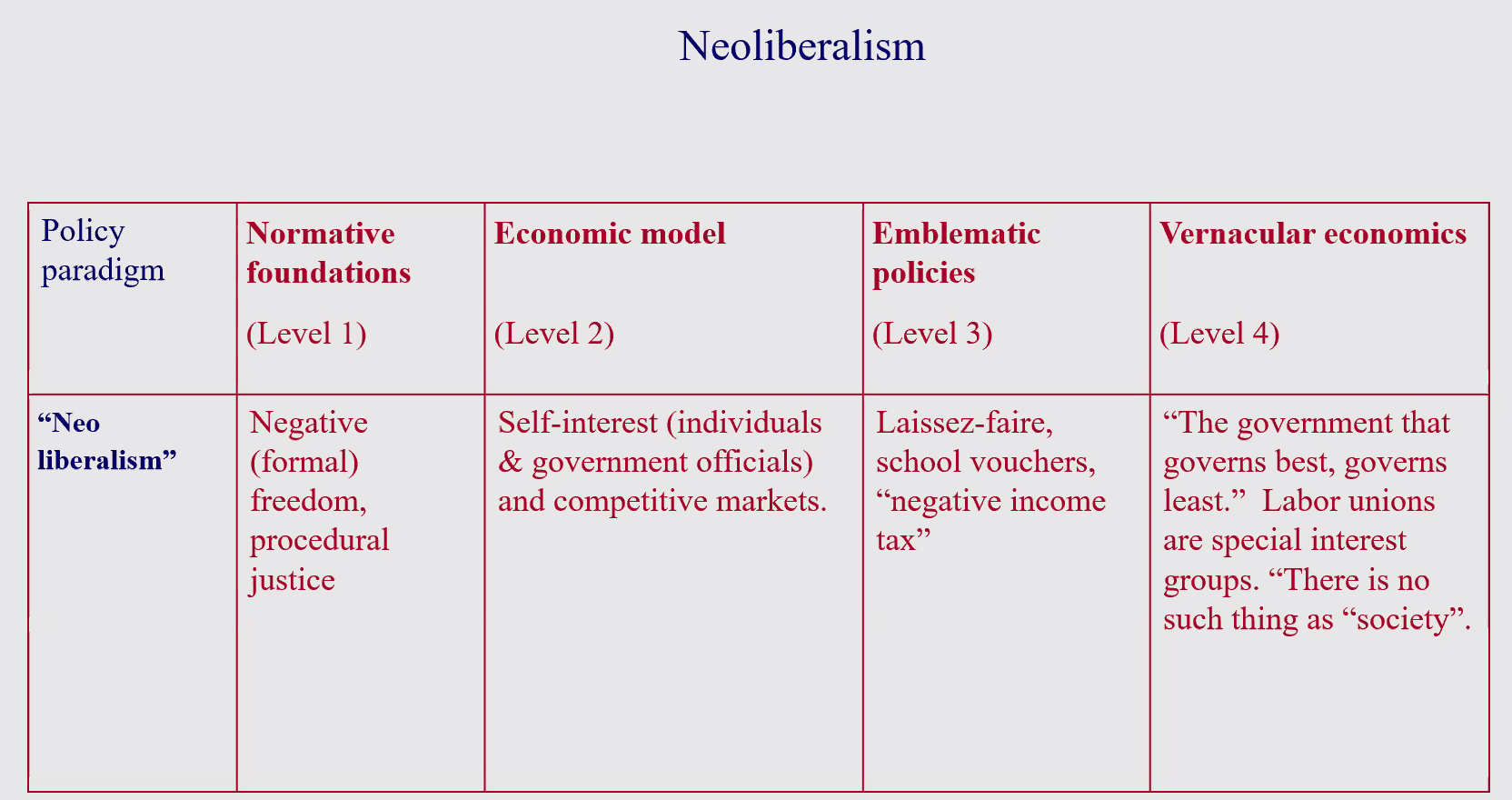 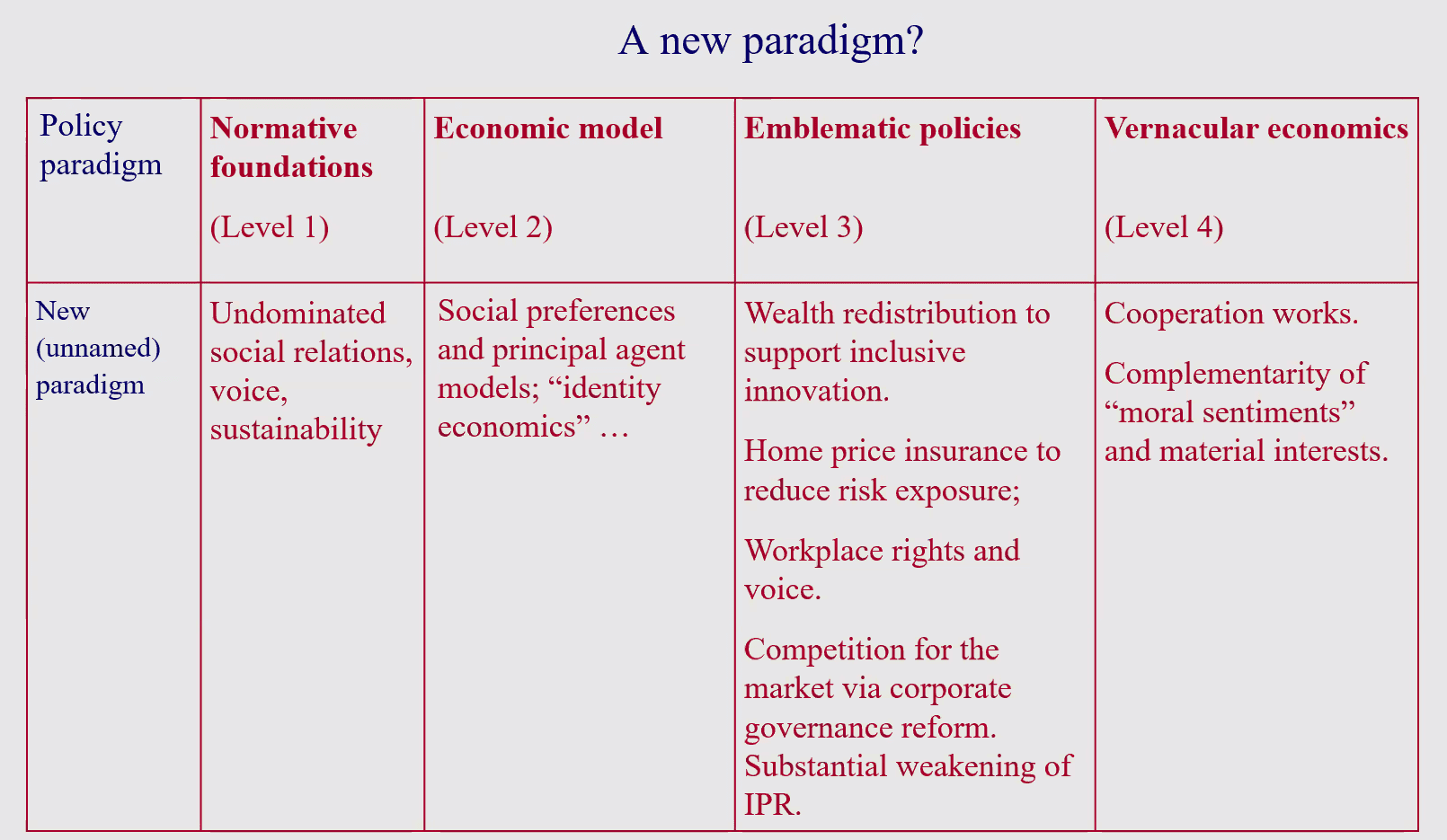 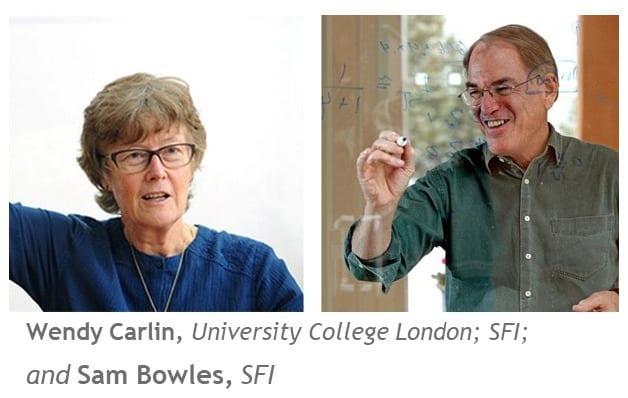